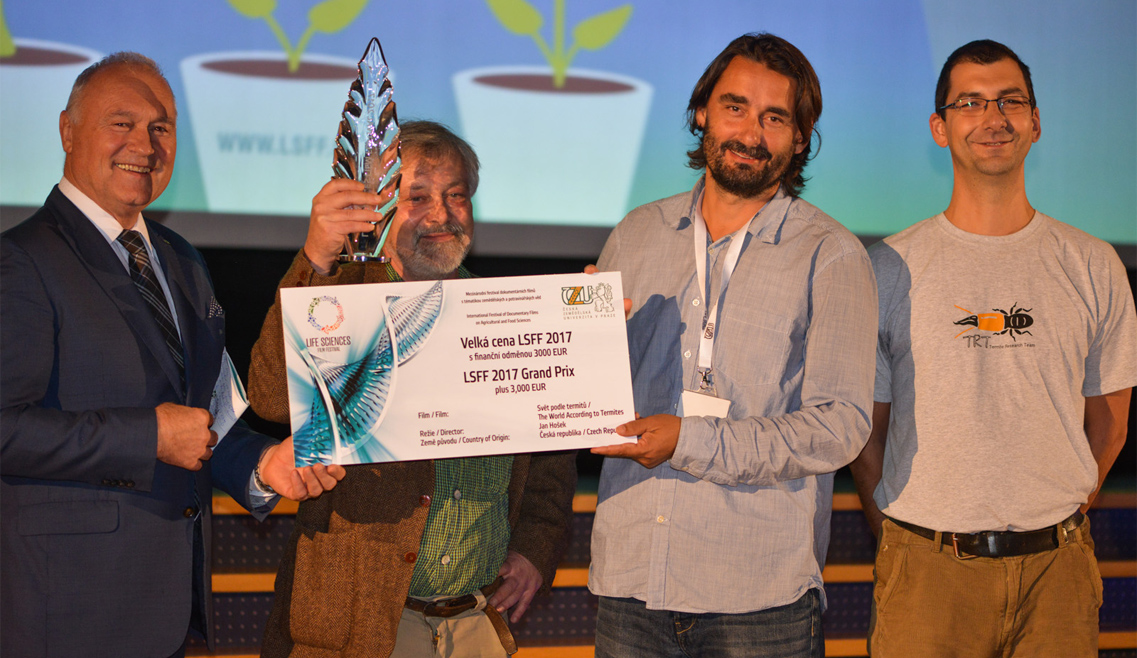 The 7th Life Science Film Festival resulted differently from the previous years as a Czech film won the major award for the first time. We are honoured that the LSFF 2017 Grand Prix was awarded to the film “The World According to Termites” of the director Jan Hošek that documents the work of the TRT. Prof. Jan Šobotník, the movie consultant, also participated at the awarding ceremony. We offer several pictures from the discussion after the premiere and from the ceremony. The film was mentioned in many Czech media, e.g. ČT24 (https://tinyurl.com/ycd2q6mu, in time 17:28), scientific magazine Vesmír (http://casopis.vesmir.cz/clanky/clanek/id/12214) or server OSEL (http://www.osel.cz/9550-cesta-do-hlubin-termitovy-duse.html). The official website of the movie is https://marianopatov.wixsite.com/svetpodletermitu. English speakers may find most useful this site http://lsff.cz/jan-hosek-the-world-according-to-termites/?lang=en#. The authors of the film are thankful to their home Faculty of Forestry and Wood Sciences as well as to CZU and LSFF for perfectly organized festival.